The Detroit Lions and BetMGM Sportsbook have a partnership in the state of Michigan, and the sports betting operator is trying to help boost attendance.

BetMGM has offered a number of promotions centered around the Lions up to this point, but this might be one of their most creative.

Customers can win tickets to the October 31 game against the Philadelphia Eagles by signing up and wagering at BetMGM Sportsbook. This offer is only available to the first two hundred customers that opt-in, but it’s a pretty impressive reward.

Register Now For A $200 Early Bonus

In order to be eligible for the prize, bettors must wager at least $200 in pre-game or live wagers on bets featuring the Detroit Lions. Each bettor that is among the group of 200 will receive a pair of tickets to watch the Lions host the Eagles.

Not only will this be a chance to attend a Detroit Lions game, but it could also be a chance to witness their first victory of the season. Philadelphia has started the season with a 1-3 record, and the Eagles were slim one-point favorites last time the odds were updated.

BetMGM has signed Lions legend Barry Sanders as a representative of the company, and he has been featured in some advertisements throughout the state. “Video Game Barry” has appeared on the BetMGM site to offer odds boosts and other promotions for recent Detroit Lions games.

The Detroit Lions have granted BetMGM the right to use official team data and logos, and the sportsbook operator is giving out merchandise on the site as well. Bettors can earn Lions memorabilia by placing wagers on the Lions and other NFL games.

The 0-4 start by the Detroit Lions has sports fans in the state already looking into other teams. The Detroit Red Wings and Detroit Pistons are both set to begin play this month, and that will provide additional betting opportunities.

The Red Wings are not expected to be a playoff contender this season, but there are some interesting pieces on that roster. FanDuel Sportsbook has the Red Wings at +770 to make the playoffs and -1450 to miss out on the postseason.

Competing in the Atlantic Division has not been kind to the Red Wings, and they are predicted to finish in last place out of the six teams. The regular-season point total is set at just 77.5 points, and it would take close to 90 to reach the postseason.

The Pistons are in a similar position as the Red Wings as they have odds set at +1300 to win the Eastern Conference. This team has been going through a rebuilding phase for the last few seasons, and it appears that it will continue this year as well. 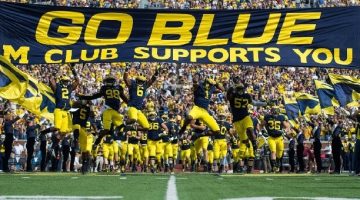